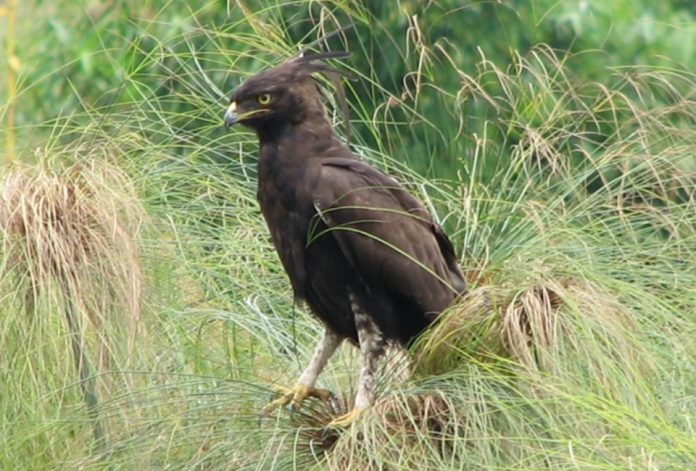 Are you in Rwanda for a birding safari? Then look no further because the Akanyaru wetlands are your perfect destination to experience an authentic experience beyond the ordinary. These wetlands, one of the Important Bird Areas are situated within the Southern side of Rwanda, North-east of Butare Town on the International border with Burundi and cover an area of 300 square kilometers (30,000 hectares). The wetlands are found close to Rwihinda Lake Reserve within Burundi. The Akanyaru wetlands are fed by the waters of River Akanyaru and can be explored by tourists during safaris in Rwanda.

River Akanyaru is the main tributary of River Nyabarongo (the longest river in Rwanda) and converges within the western highlands of Rwanda and Burundi, and drains eastwards before flowing northwards along the borders of these two countries and later joining the mighty River Nyabarongo. The shallow ends of River Akanyaru are occupied and thronged with numerous swamps that offer a perfect habitat for a number of wildlife species that can be sighted during safaris in Rwanda.

The wetlands are characterized by a number of marshy habitats and papyrus swamps. The early succession phases of the wetlands are inhabited by floating vegetation characterized by mainly Leersia hexandra, Pistia stratiotes and Oryza barthii. The intermediate phases are a combination of Miscanthidium Violaceum, Typha australis, Cladium jamaicense and papyrus vegetation. More complex and developed habitats are dominated by Typha australis, Cyperus denudatus, Miscanthidum, Cyperus and Echinochloa Pyramidalis among others. Not only that, there are also extensive swamps comprised of either pure stands or combined with shrubby vegetations.  The average rainfall experience around the Akanyaru wetlands is about 800 millimeters annually.

Akanyaru is a haven to over 54 species of birds that call aquatic and wetland habitats home including the migrant and globally threatened bird species such as the Papyrus yellow warbler, the papyrus Gonolek, the Madagascar squacco herons, the lesser swamp warbler, the great snipe, the Pallid Harrier and the lesser Kestrel among others. Not only that, This wetland is also a home to one specie of the Guinea-Congo Forest Biome, 3 of the Afro-tropical Highland biome and over 11 species of the Lake Victoria Biome bird species.

What to carry and have when you visit the Akanyaru Wetlands

For you to enjoy unforgettable birding safaris within Akanyaru wetlands, you are required to visit with a qualified local guide who is very knowledgeable of the bird species of the area. Some of the things to carry include a camera, binoculars, strong waterproof hiking boots because you will be walking though the wetland, enough drinking water, a backpack and make sure to wear long trousers and long shirts.

In conclusion, the Akanyaru wetlands are one of the Important Bird Areas within Rwanda and a haven to over 54 species of aquatic and wetland birds that include the Papyrus yellow warbler, the papyrus Gonolek, the Madagascar squacco herons, the lesser swamp warbler, the great snipe, the Pallid Harrier and the lesser Kestrel among others.

Are you in Kigali and you are looking for a place to break off? Are you looking to doing something different to complement your gorilla trekking safari adventure? Akanyaru Wetlands is a definetly a hotspot where you can enjoy bird watching while in Rwanda.

8 Places to Visit in Kigali City

Why You Should Visit Volcanoes National Park

Important Things to Check in Your Rented Car