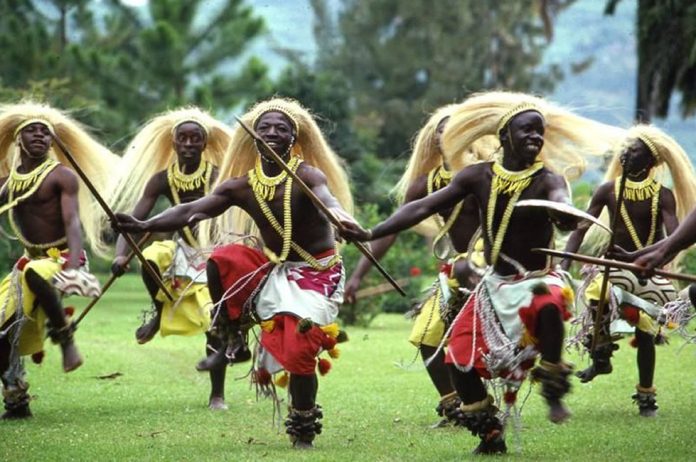 Rwanda is one of Africa’s most vibrant and exciting countries with incredible cultural holidays that change lives. A gorilla travel spot received thousands of tourists on Rwanda cultural tours despite the existence of other tourist attractions. Starting from the lovely city of Kigali and one of the liveliest, a lot of cultural treasures can be discovered including the Kigali Genocide Memorial Centre  a must visit sacred place for visitors to Kigali and  people leave the memorial with tears of sorrow  asking God to grant enternal peace to our sisters and brothers. Richard Kandt House Museum of Natural History, Presidential Palace Museum, and Muslim quarters of Nyamirambo are other cultural sites you should visit while in Kigali.Later head to the royal residence of of King Mutara 111 Rudahigwa which was built by Belgium in 1931, found in Nyanza 88km south of Kigali city.The royal home holds the details of Rwanda  traditional monarch. Never leave this royal palace without visiting the nearby hills of Mwima where King Mutara 111 and his wife Queen Rosalie Gicanda was buried.

The cultural journey continues to the known National Arts Museum Rwesero in Nyanza famous for contemporary art work that explains the originality of Rwanda tradition. After here, connect to the ancient museum of history where King Mutara Rudahingwa once leaved and is found in Rukari near the royal palace .It’s an interesting palace with clear background of the Rwanda life of the ancient. In Rwanda ancient hunting was one of the main activities and king mutara 111 established Mimuri site near mimuri market in Nyagatare district in memory of the most exciting cultural activity that brought warriors and great men of the kingdom together.If you want history of kingdoms and their   unity start with a visit to Ryamurari a cultural site in Bufunda village  on top of Mukama hill in Nyagatare district. Here you will find three latge earth work structures and stones cut. All was done by the Ndorwa kingdom people before being added to Rwanda. Besides it was there capital and structures where built as a symbol of identification. Also other cultural sites to check out in Nyagatare district is   the Ibare rya Ngarama an impressive rock that covers a large piece of land around 3 hectares. This rock has foot prints and other features that locals still belive are signs of  knowdge  and greatness of their great king Ruganzu Ndoli.

King Ruganzu Ndoli was a great king that he also used his spear to provide water for his thirsty men from Karagwe at a place called Utubindi twa Rubona  a nother cultural site in Nyagatare on kayonza road. Some locals refer to the place as small pots of Rubona and it also has foot prints and bow trace of king Ruganzu. After her explore the cultural village of ibiwachu and celebrate present Rwanda culture of the ancient by having an interactive cultural mix of locals in different cultural activities like the Kinyarwanda dance, weaving, chase, hunting, and many cultural performances. No one visits this village and fail to track mountain gorillas in volcanoes national park a prime attraction in Rwanda that create life lasting memories for every traveler. However, its very interesting to discover the Rwanda culture and the also track the mountain gorillas on a Rwanda cultural, gorilla tracking tour.